This round of Technology and Multimedia is a little bit different. Since round 4, Cindy, our facilitator, told us to collect some of the videos and photos from our break to make something cool. So, we follow what she said and we used those materials to make a video by using Adobe Premiere Pro. My video is about my vacation at Bokor Mountain, Kampot province and at the beach, Koh Kong province. I filmed a video underwater! Here is the link to my video. However, it is not a really good one because it’s my first time trying this.

After making the video, we were independent to choose a topic from the things that we want to learn more about and choose a small project to improve our skill by finding our own material to help us learn. The goal of doing this is to catch up, develop our skill and explore our own interest.

I chose Photoshop because that’s what I’m interested in. I photoshopped a transparent egg. I only used two photos to make that one egg and those photos are a flying bubble and an egg yolk. It is easy if you know how to do it. You can just cut the egg yolk out and place it in the middle of the bubble. Now the bubble is round, let’s make the bubble into the egg shape. You might see the shadow in the bubble, so what you have to do is change the kind of layer into Multiple layer for both the bubble and the egg. See? It is finished. My another product is me diving with a dolphin. You need a picture of the ocean with the dolphin jumping, then you can just cut the photo of yourself diving into the water or the picture that you are about to touch the surface of the water. After that, you can add a png water splash picture somewhere around your legs to make it looks a bit more realistic. Below are the products that I’ve made. It’s not a very good one, but I’m glad to share it with you. 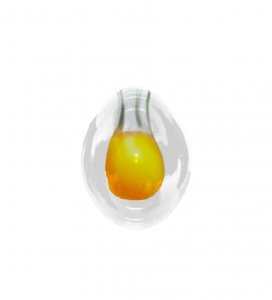 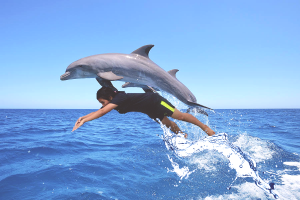 Actually, I don’t feel like this photoshop is easy at all, but thank you so much to the resources that helped me went through this very well. I really enjoyed doing this project because I can show people about what I can do, even though, it’s not that great. Do you want to try Photoshop now?

In multimedia class, we study about python coding just like the last round, but this round is much more fun because we got to practice our lesson by coding games. We also learn some new content such as function, list, list length, etc. Cindy, our multimedia facilitator, introduced us a new website that we can practice our skill. Not only that, the website is also where we have to do our assignment. The website is called Code Club Projects. There are many projects that you can do there. Plus, the website provides you with code instructions and fun challenges section that might interest you. One of our assignment is called Team Chooser. It is like a machine to randomly put people in teams. In government school, I never did something like that, so I feel very fortunate and grateful to do that assignment. Click here to try out the project. We also did a Code Club Independent Reflection. In that reflection, we have to choose one of the Code Club project. Those are –

Where is the Space Station?: https://codeclubprojects.org/en-GB/python/iss/

The project that I choose is Turtle race. It is really to code that game. In the game, there are a few turtles that will have to race. I didn’t code for which turtle to get to the line first. I code it randomly, so it’s depend on your luck.

Coding is still a hard topic for me, but I believe that one day, it will be easy for me.

In this round 3 of the year, we learn lots of new things in Multimedia class. We always have assignment after learning something new to practice and know more about it. All of the Multimedia classes uses Codeboard.io to do our assignments. Let me tell you about all of the stuff that we had learned.

In round 2 of the years, in Multimedia class, we were learning about digital storytelling. What is it then? It is a form of telling stories using media. We also learn about what makes a story. For me, to make a good story, you just have to think of interesting ideas and describe the scene in an interesting way, so that your story can attract people easily and don’t let the story die before you. Example, the world war 1 or 2. Everybody knows what it is, right? Those wars are history and it can also be called story. Lots of people in world war 1 and 2 are already dead by now, but their stories are still living in people heart. We even learn about story structure by following the Pixar story structure. This is how the Pixar story structure looks like.

After we look at a few examples, we practice it by trying to write our own stories. This is the story that I had written.

Once upon a time, there was a ghost who always make people run without turning back on the street. Every day, she always opened her mouth widely. Because of that, people run away and she thought she scared them. Because of that, She felt proud and continued to do that every day. Until finally, people came around to tell her to stop opening up her mouth because it is very smelly and they all handed her with a toothbrush and a toothpaste.

We also learn about photography. So, the amount of light that reaches your camera sensor is called Exposure. The three things that affect the exposure are Shutter Speed, Aperture and ISO. The higher the shutter speed is, the fastest you can capture photos. For Aperture, the lower you set it to be, the blurrier is the background of the photos. For ISO, the higher it is, the more sensitive the camera is to light, so the photo is brighter with high ISO. In photography, we also learn about the camera type shots. There are long shots, full shot, medium shot, close up, extreme close up, low angle, high angle and bird’s eyes view, eye level, dutch angle or tilt and over the shoulder.

That’s it for this round. I hope you learn at least something today.

This term in Multimedia class(August to October), we learn how to do research to get the information that we want because as you know, sometimes, it is not very easy to do the research. Well, it’s because there are so many pieces of information on Google.

Also, my teacher(Cindy), brought up a topic about Adobe Software. She picked some of the students who know how to use Abode Software very well to explain the instruction on how to use some of the apps such as Photoshop, Lightroom and InDesign to some other students in the class. I am not very good at those kinds of stuff, so I am trying to catch up with them and try to have questions to ask my friends and teacher. After knowing some of it, Cindy, my teacher assigned us homework that required us to us adobe Software to do it and also using our Internet Safety skills to do research about what we want to make. Badly, I get out of the topic and then do a poster about something else. I didn’t finish the whole requirement because my laptop can’t use some of the Adobe apps. I also don’t know how to use some of the stuff in the app. Well, below is the poster that I make and it doesn’t really connect to what my teacher really want me to do. 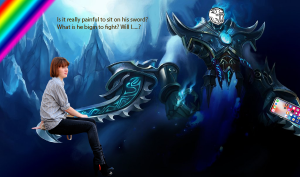