Math in this round is amazing! I got to learn many new things such as Rate, Speed, Algebra, Negative numbers and Integers, and coordinate graph. Due to the reason that it is new to me, I don’t really get used to it yet, so I usually get work done a bit slow, but I don’t disappoint myself as long as I understand them.

Do you know that 0 is not the smallest number in the universe? The numbers that are even smaller than 0 is called Negative Numbers. Negative numbers are also amazing and unlimited just like any other numbers! Integers are just normal, whole numbers with no decimals. Those integers are positive numbers. Usually, the positive sign would represent as +, but for integer, they don’t give any sign because it is just like normal number. To understand more about negative numbers and integer, let’s look at this example of mine. When you see a good person, you don’t even give out a word that he/she is a good person, right? But when you see a bad person, you just gossip and say That’s a bad person and that’s negative. People would not really say any positive things to each other. They just stay quiet, but they will immediately give you a negative sign if you do something wrong. The bigger, the negative number is, the smaller is its value. Mostly, we see people use negative for measuring the temperature. The temperature is colder if the number drops the value.

The new math that blows my mind away is 50 ÷ 0.1 = 500. See the quotient is even bigger than the dividend. At first, I don’t get it too, but then Sam, my facilitator said that the quotient or 500 represent how many 0.1 are there in 50. Example, I have 3 cookies and I want to know how many half(0.5) of the cookie are there, so you have to split the 3 cookies in half and count how many of them are there.

That is all I want you to know for this round. I hope you understand something. 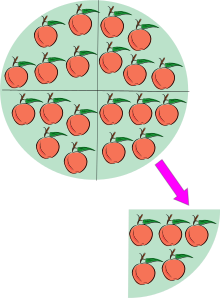 In the third year for the junior in Liger Leadership Academy, we study math from Singapore Mathematics 5A book. Last year, we study from Singapore Mathematics 4A and 4B book. In this term(August to October), we study a lot about fraction such as adding, subtracting and multiplying fraction. Beside studying from the direct textbook, we also study math on a website called Khan Academy. After we finish our works in the class, we can do some math review by ourself, also we can do our math homework or do some math practice on Khan Academy. Sometimes, our teacher finds some math puzzle games for us to play and practice on some websites. I am not very good at math, but I am also not bad at math. Sometimes, it is fun and difficult to learn at the same time, but we always try to keep up with that. With determination, I think almost everything is possible. 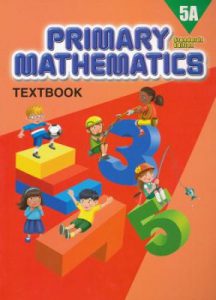 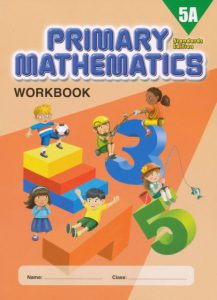